Another principle motif of the Genellan series is the display of the space craft and the complexity of their operations. The Genellan series uses fleet action as a plot framework, moving from small unit engagements in Genellan: Planetfall through interstellar task group tactics in subsequent books. It is envisioned that the series will culminate in a very large scale strategic fleet involvement, a galactic Trafalgar. As the series' plot progresses, so does the level and intensity of battle.

As more and more ships become involved, they will be illustrated on these pages for the readers' benefit. Scott Gier would take great pleasure in viewing submissions from the readership. Those depictions most resonant with his own will be included in this web page and fully accredited to the artist.

I am proud and gratified to announce that J. Ellis, aka Xenophanes, has risen to the challenge of depicting the Genellan ships in delightfully realistic computer renderings. Enjoy 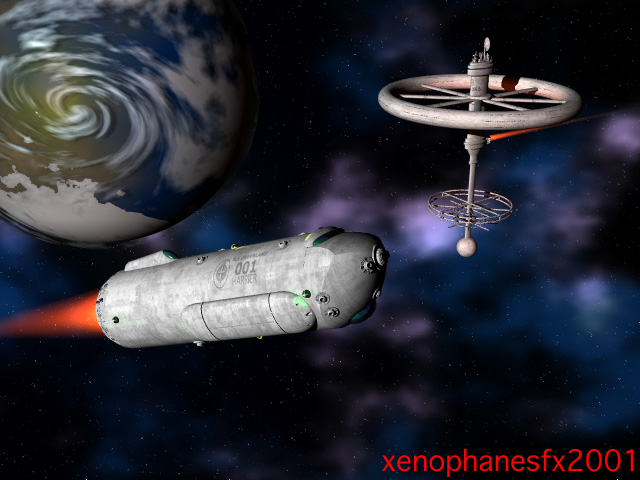