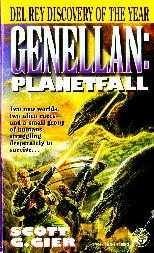 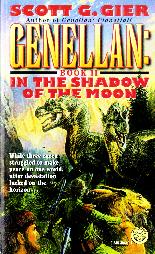 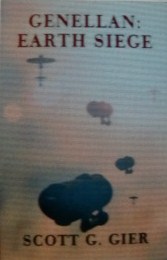 The following is an excerpt from Scott G. Gier's cover letter sent to agents and publishers when first trying to sell Genellan: Planetfall. It explains the essence of this series.

The success of the Tom Clancy novels indicates there is a large appetite for techno-jargon and detail-specific literature, probably far in excess of what the literary industry can understand, much less appreciate. Science-fiction has always had a (relatively small) audience that devoured detailed or "hard science," however it is not clear to me that these are the same audiences. Authors such as Tom Clancy appeal to technical realism, through technical fidelity and technical detail, while hard sf is more an extrapolation of the technically arcane, tending in fact to ignore dirt and sweat. I believe there is a large segment of science fiction readers who would like to see "realistic" science-fiction.

My novel is about discovering new planets, and therefor about interplanetary travel. I had to overcome the enigma of faster-than-light transportation, and my solution is not unique. However, for space travel and for all operational mechanics, I strive to create an objective and believable framework, rather than "abstract" it away with a plot device.

My own experience tells me that regardless of how fast computers get, regardless of how exhaustive a software program can be written, and regardless of the passage of time, critical situations will always require effective person-to-person relationships, discipline, and competent human response. Always. That is a central theme of my story. There will always be checklists.

Genellan -- a beautiful, Earthlike world where intelligent cliff-dwellers waited in fear for the day the warlike bear people would return...

Genellan - the only refuge for a ship's crew and a detachment of spacer marines, abandoned by a fleet fleeing from alien attackers.

Stranded on Genellan, the humans struggled to make a home for themselves until - they hoped against hope - the fleet could rescue them. Lt. Sharl Buccari tried desperately to hold on to the threads of command over both the civilians and the marines - to keep her people together.

Winter was coming. No one knew if the winged natives would be friend or foe. And now the bear people were returning, bent on destroying every human - but not before stealing the secret of hyperlight drive, the key to interstellar flight ...

Heart of Genellan. Hotshot pilot Sharl Buccari was a living legend. She had led her crew of civilian and space marines to safety on the raw frontier planet Genellan. She had engineered peace with both alien races that claimed Genellan as their own. Now she faced building a colony, forging diplomatic relations among the three races, and raising her infant son alone.

But alien rebellion and xenophobia threatened to tear apart the fragile truce for which she had fought so hard and lost so much. Worse, the dred aliens who twenty-five years earlier had massacred entire star systems were back - and on the warpath.

The murderous alien force tore into hyperlight drive on the heels of an interstellar peace-seeking voyage. The creatures were determined to find the humans' home planet. Their first conquest? The beautiful, Earthlike Genellan. Led by space pilot Sharl Buccari, the peoples of Genellan - humans, the alien cliff-dwellers, and kones alike - scrambled desperately to confront invaders who seemed to be indestructible.

There was no turning back. Genellan would fight or face total annihilation.

Ancient were the Ulaggi before the ancestors of man walked upright. The Ulaggi—a race ruled by mindreaders—are wanton killers, marauding through the galaxy, destroying the weak. Destroying everything.

Genellan, humanity’s first colony in space, is attacked. Thousands die and the colonial capital is destroyed, but the aliens are repulsed. It is humanity’s first victory over the aliens. The cost is dear, not only in lives and ships—the Ulaggi learn the location of Earth.

The human home planet is in peril. Admiral Runacres, the Tellurian Legion Fleet commander, orders all ships back to Sol-Sys to prepare for the defense of Earth. Desperately, he strives to bring her selfish governments into cooperation…

Too soon, the Ulaggi attack in overwhelming numbers, forcing Runacres to retreat under the protection of his lunar defenses. Earth is untenable. The Ulaggi descend to the surface, spreading death and ruin.

Captain Sharl Buccari returns to Sol-Sys, with reinforcements from Kon, humanity’s ally and bitter enemy of the Ulaggi. Still outnumbered, the human and konish fleets engage…