Genellan is a galactic travelogue. Many systems are visited, no few with life forms and beasties of their own. Some of these planets are the sites of battles; some are merely stops on the way to the galactic depths.

The planets of the Genellan series are catalogued below (in the order of their chronological significance) for your reviewing pleasure.

Shaula System Where the Ulaggi are first encountered, twenty-five years before the discovery of Genellan. The exploration fleet of the Asian Cooperation is annihilated without survivors. Henceforth human fleets are armed with laser cannon and fleets of attack craft called corvettes. 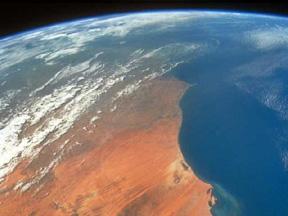 Genellan (Rex-Kaliph Three). The tortured paradise, home of the Cliff Dwellers, the fulcrum of the entire series. A science and mining colony under the dominion of Kon's Northern Hegemony. Genellan is humanity's best hope, or at least for those humans able to escape the chronic degeneration of Earth.

Kon (Rex-Kaliph Two). The home of the Kones, the advanced civilization in the solar system. Kon is a hot and heavy planet, divided into two habitable hemispheres by a band of arid sterility. Attacked viciously by the Ulaggi four centuries earlier, the governments of Kon have taken a Vow of Protection to guard against future invasions. To that end, an international Planetary Defense Force is created. The PDF manages a ring of huge orbiting defense stations and a fleet of interceptors.

Oldfather Three The location of humanity's second encounter with the Ulaggi. A Tellurian Legion task force and colony are destroyed, again without survivors.

Manta The location of humanity's third encounter with the Ulaggi. This time only small units are engaged. Corvette piloted by Sharl Buccari destroys two Ulaggi attack craft. Buccari learns the name of her foe. 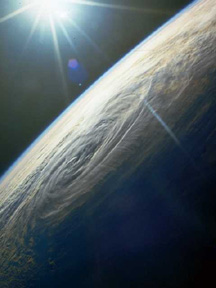 Hornblower Three Another human colony destroyed by the Ulaggi. Also the site of another task group battle.

Pitcairn Two An Ulaggi mining colony. Tellurian Legion First Fleet discovers the presence of humans, probably captives from Shaula, or their descendents. An attempt is made at their rescue. 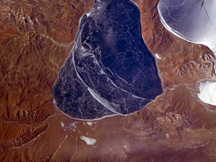